Dead sick animals puzzle Do not dissect to eat. Risk of dangerous disease

Dead sick animals puzzle Do not dissect to eat. Risk of dangerous disease 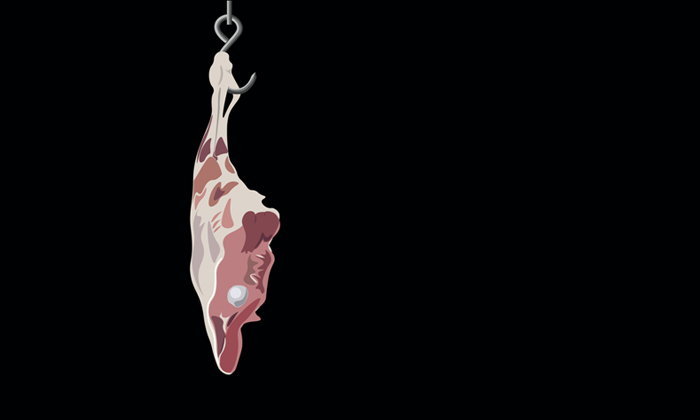 The Department of Disease Control warns the public if an animal is found to die or die abnormally. Do not dissect such animals for cooking. Sell ​​or give to other animals to eat. Immediately notify local livestock or relevant personnel. If contact is necessary, always wear rubber gloves and a face mask. If in doubt, see a doctor.

Dr. Suwanchai, M.D. Wattana Yingcharoenchai Director-General of the Department of Disease Control said that during this period there was news about disease occurring in animals in many areas. Especially rabies and other diseases in animals, which may be transmitted to humans if they are exposed or used to cook food such as cattle, pigs, goats, sheep or poultry, etc., Department of Disease Control therefore advises people that If the pet is found unusually dead or sick Especially death caused by dog ​​bites or sudden death in sick animals. Do not bring such animals to be cut and cooked for eating. In particular, cooking food raw or undercooked, which is at high risk of contracting disease. And never sell or give to other animals to eat Avoid touching Immediately notify local livestock or relevant personnel.

Another important disease that may be found in sick animals is Anthrax, a contagious disease that occurs in almost all grazing animals. Both wild animals and domestic animals such as cattle, goats or sheep, animals are trapped by grazing contaminated with Bacillus anthracis bacteria. This pathogen can make animals sick and die quickly. Anthrax can be transmitted from animals to humans through wounded skin contact. Or contact from breathing Or through eating meat contaminated with infection

Patients will have symptoms according to the nature of contact.

1) skin infection Symptoms are a raised, itchy rash, but not painful, then turn into a blister and break into a red, bulging wound. Which later emerged as black flakes And can cause rotten flesh wounds

2) The gastrointestinal tract will have fever, abdominal pain, nausea and vomiting similar to symptoms of food poisoning.

3) The respiratory system will have fever, body aches, difficulty breathing, which if the treatment is not timely or incorrect. Can cause death

Dr. Suwanchai said that the methods of preventing anthrax are

1.If an animal is found abnormally dead or sick Immediately notify local livestock or relevant personnel.

2. Avoid touching or resection of suspected animal carcasses. If contact is necessary, always wear rubber gloves and a face mask.

3. Avoid bringing animals or animal products that are suspected to be sick and eat, distribute, sell, or give to other animals. To prevent infection

5. Farmers or people who work at risk of contracting disease should bring animals to be vaccinated.

However, if people have any of the above symptoms Should seek immediate medical attention for the correct treatment. People can inquire more at the Department of Disease Control hotline, call 1422.
Haut
Répondre
1 message • Page 1 sur 1