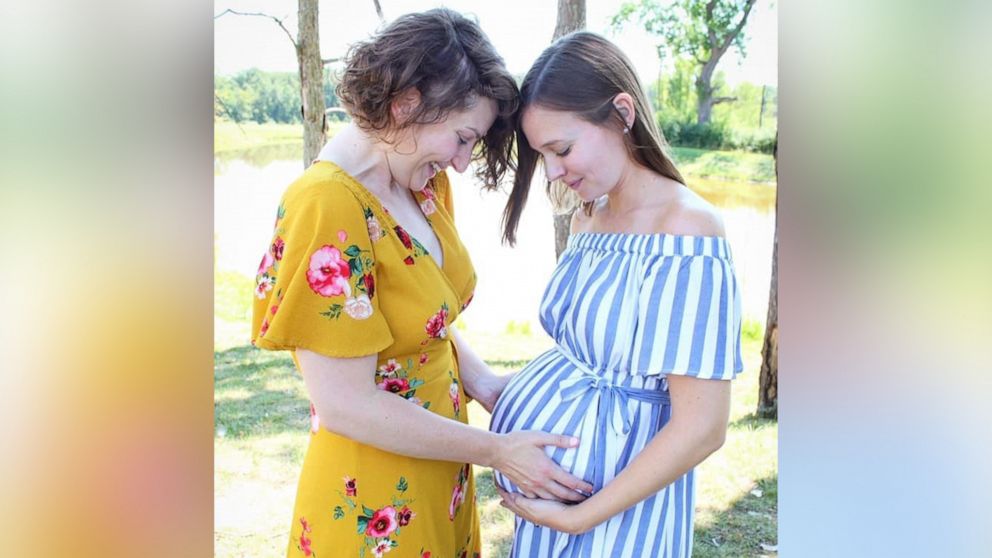 Christmas came early for one Michigan woman thanks to former classmate.

Christmas came early this year for one Michigan woman, thanks to the kindness from a former high school classmate.

After years of health struggles, Katy Sanchez and her husband Joshua welcomed a baby girl this October. And their bundle of joy wouldn’t have been possible without the help of Christy Acevedo, who attended high school with Sanchez 10 years ago.

“To be able to see Katy with her baby makes it 100 times worth the sacrifice I had to make,” Acevedo told “Good Morning America.”

The two friends reconnected when Acevedo learned of Sanchez’s infertility struggles due to glioblastoma.

Her cancer diagnosis led to surgery, chemotherapy, radiation, and a clinical trial, which helped combat the re-occurrences of cancer. But after the success of that trial, it made carrying a baby impossible.

So, Sanchez and her husband turned to surrogacy. However, in the state of Michigan, finding a surrogate can be hard.

“In Michigan, it’s tough,” said Sanchez. “Compensated gestational surrogacy in Michigan is illegal. It must be completely altruistic or compassionate.”

Sanchez shared her story on Facebook, which caught Acevedo’s attention. Sanchez’s post struck a chord with the mother of two who wanted to help her former classmate.

“Katy and I had a lot of conversations. Not a lot of time passed after I initially read her post telling her that I was going to do it,” said Acevedo, who is also a nurse in Lansing, Michigan. “We both cried. It was unforgettable, of course.”

In January, the embryo transfer was successful and Acevedo was pregnant with Sanchez’s baby girl.

But when the coronavirus hit the U.S. in March, the pandemic put a wrench in Acevedo and Sanchez’s plans. With many unknowns, they were concerned about Acevedo’s health, the baby’s health and what labor would look like at the hospital when the due date approached.

When the time finally did come in October, things turned out smoothly for Acevedo and the baby.

“It was all as I hoped it was,” said Acevedo. “It was incredible moments that I won’t ever forget. A baby was born but so was a mother and a father and I had the opportunity to see that.”

Now, the Sanchez's are enjoying their time as new parents and are forever grateful for Acevedo.

“I wish that everyone could feel what it feels like to have such an act of kindness to be done for them,” said Sanchez. “I’m so happy that I will be able to tell my daughter that she was born out of such a great act of kindness.”
Heures au format UTC+02:00
Page 1 sur 1
Powered by phpBB® Forum Software © phpBB Limited
https://www.phpbb.com/